Solidarity Transport Hub Poland is a planned transfer hub between Warsaw and Łódź, which will integrate air, rail and road transport. The development envisages the construction of Solidarity Airport located 37 km west of Warsaw and covering the space of 3,000 ha. During the first stage, the airport will handle 40 million passengers a year.

STH will be a fully intermodal transport hub based on 4 pillars:

Full integration and expansion of the existing motorway and expressway system

Construction of business, office, residential and recreational infrastructure around the airport

STH will include railway investments: railway node in the airport’s close vicinity as well as connections within Poland enabling transfer between Warsaw and the largest Polish cities in less than 2.5 hours. The investment should provide employment for over 150,000 people. Airport City will be created within the STH’s region including fair, congress and conference facilities as well as offices.

More info about the company: https://www.cpk.pl/pl 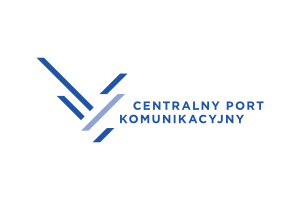